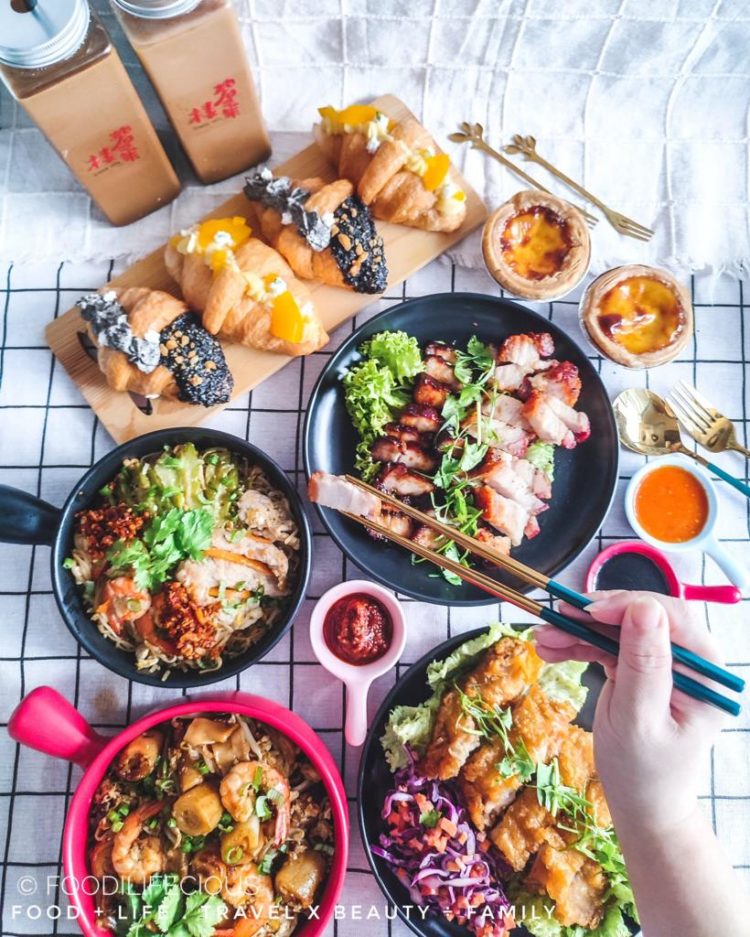 Introducing the Hainanese Claypot Coffee and Tea by Pik Wah Bar & Cafe. The taste is much richer and creamier compared to the usual brew and the aroma is much stronger too.

Recently we have got our delectable Cantonese food from Pik Wah Bar & Cafe.

The best combination to have with a bowl of rice.

Well seasoned and crispy for both chicken chop and roast pork. BBQ Pork is flavorful and not overly sweet.

Slightly crispy on the outside and it is aromatic and delicious with the hints of chili.

As for dessert, never say no even you are feeling full. Both we like it so much and the filling of really generous one from the chef

Don’t forget to grab their Signature Hainanese Claypot Coffee & Tea when you make your order. Both drinks have a smoky flavor and give a distinct rich earthy flavor